You are here: Home1 / Reflections

Reflections on the death penalty, including pieces from monthly newsletters 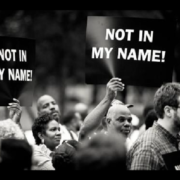