You are here: Home1 / Repeal

Georgia House Bill 485 would repeal the death penalty in Georgia

A bipartisan group of legislators have introduced House Bill 485. If enacted, this bill would repeal the death penalty in Georgia and replace it with life without parole. This powerful action would move our state even further in the pro-life direction it has already undertaken.

As pro-life people, we cannot accept the risk of wrongful conviction, leading to the execution of an innocent person. Seven people have already been exonerated from death row here in Georgia. The imposition of the death penalty is riddled with racial bias and unequal justice for the accused. Georgia’s standard for proving intellectual disability is capital cases is the highest in the nation, risking sending people with intellectual disabilities to death. In addition, millions of dollars are spent on capital trials, incarceration, and lengthy appeals. This money should be used for solving other crimes, investing in education to prevent crime, and providing more services to victims and their families. Georgia already leads the way with some of the nation’s strongest pro-life laws. Now we need your support to expand that commitment with a hearing on HB 485.

There are three targeted actions that we are asking Catholics to take to help increase the likelihood of this hearing taking place: 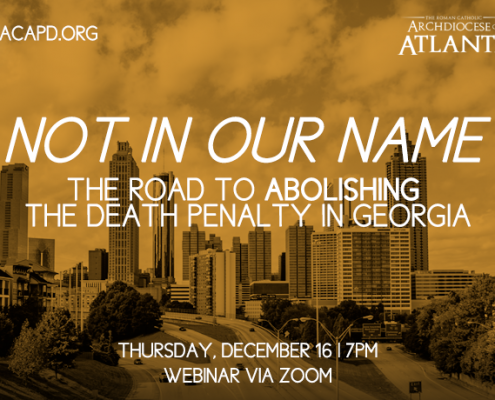 November 12, 2021
As we look toward the start of the Georgia General Assembly’s 2022 Session in January, the Archdiocese of Atlanta and Georgia Catholics Against the Death Penalty invite you to join us as we discuss the many roads to abolition and how you can join the movement to end the death penalty in our state.
https://gacadp.org/wp-content/uploads/2021/11/Death-Penalty-Webinar-Web-Banner.png 460 700 Jayna Hoffacker https://gacadp.org/wp-content/uploads/2021/02/gacadp-logo-v2-300x84.png Jayna Hoffacker2021-11-12 11:28:372022-01-04 10:26:22Webinar – Not in Our Name: The Road to Abolishing the Death Penalty in Georgia 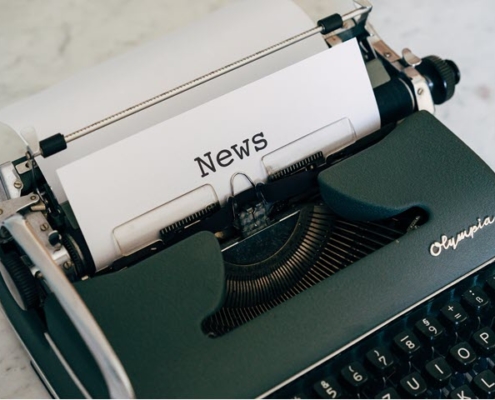 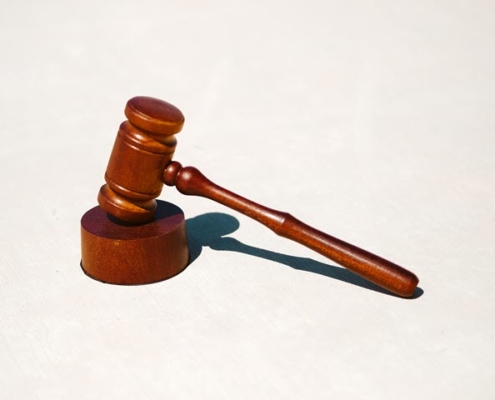 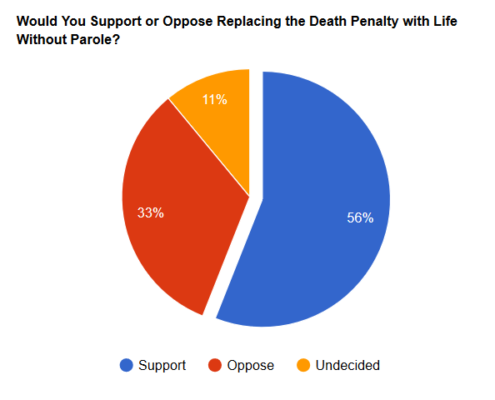 It can feel daunting to contact a legislator, but it’s the most effective avenue for getting a hearing on HB 485.  Always remember that your legislators work for you and are there to represent your interests.

When contacting your legislator, the most important item to focus on is to state your support for House Bill 485 and ask them to urge Speaker David Ralston and Chairman James Burchett to hold a hearing as soon as possible on the bill in the Georgia House Judiciary Non-Civil Committee.

Not all methods of contacting legislators are equal.  In order of preference, please consider reaching out:

You can augment your contact or call/letter with some information about why you support HB 485 and feel that the death penalty should be repealed in Georgia:

Sign our petition and conduct a parish virtual petition drive

A petition drive is an effective method to mobilize large groups of parishioners to take virtual action.  The goal is to educate parishioners and then provide an immediate and tangible action step with real-world application.  The electronic signatures gathered are shared with the Archdiocese and then presented to legislators along with those gathered from other parishes.

Once you receive permission from your pastor, we have everything you need to organize your drive!

The Parish Action Kit will take you to a resource page with communication and social media pieces ready to go.  Please reach out to us with any questions.