Webinar – Not in Our Name: The Road to Abolishing the Death Penalty in Georgia

You are here: Home1 / News2 / Featured3 / Webinar – Not in Our Name: The Road to Abolishing the Death Penalty... 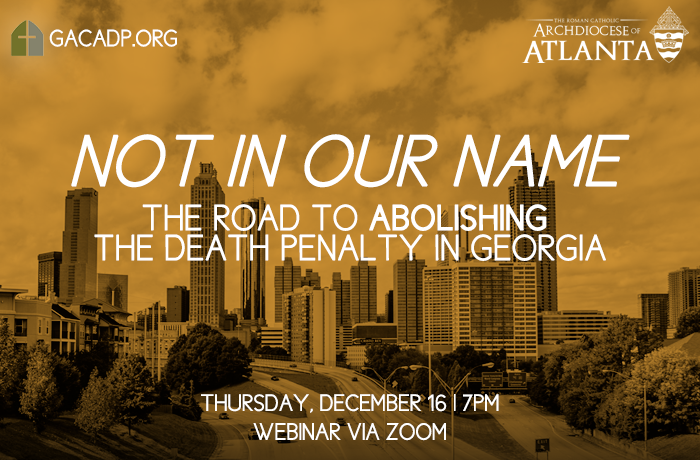 As we look toward the start of the Georgia General Assembly’s 2022 Session in January, the Archdiocese of Atlanta and Georgia Catholics Against the Death Penalty invite you to join us as we discuss the many roads to abolition and how you can join the movement to end the death penalty in our state.

Not in Our Name: The Road to Abolishing the Death Penalty in Georgia will be held via Zoom on Thursday, December 16, at 7:00 p.m. Panelists will include Frank Mulcahy, Executive Director of the Georgia Catholic Conference and Representative Scott Holcomb of Georgia’s 81st District and co-sponsor of the death penalty repeal bill currently pending in the House (H.B. 485).